By Jo Willey, Collective Media Maestro and Head of Media Working Group at The Difference Collective

We are consistently being told that media relations is dead, that the ever-decreasing pool of journalists is sounding its death knell.

But I think that’s a myth. It isn’t dying. It remains the cornerstone of PR, the critical skill that clients need their agency teams to deliver – to have the skills, the contacts and the relationships to maximise the opportunities a well-planned strategy can deliver.

It is just changing in response to the dramatic challenges and changes we have seen happen across the media over the past decade – the digital boom and rise of online influencers and the knock-on impact this has had in “traditional” newsrooms.

However, the media is nothing but adaptable. And just as the media has broadened, so too has the scope of media relations.

Onclusive, the data science company for marketing and communications, recently launched its 2019 Global Journalism Report which is essential reading for anyone in PR.

It analysed 2.1 billion pieces of editorial content between Quarter 1 2018 and Quarter 1 2019 in order to fully understand the transformation the world of journalism is undergoing.

It reveals journalism has “never been more dynamic than it is now”, and that “thanks to the digital media revolution and the emergence of self-publishing platforms it has become easier than ever for individuals to create and distribute editorial content of all forms.”

It found the percentage of authors – those traditionally considered to be “professional journalists” who contributed for Tier 1 publications, which are usually the largest, most established media outlets – dropped from 26 per cent to 15 per cent in a year.

Over the same time, there was an increase in the percentage of authors – up to 41 per cent from 25 per cent – who contributed for Tier 3 publications, representing the growing list of independent, niche content sites and blogs.

While the traditional newsroom is changing size and scope, according to the report, it found an extremely diverse set of editorial subjects being written about, well beyond the most obvious news topics, with health and medicine ranking 15th in the Top 50 ahead of media/television, Government and education. Science ranked 19th and healthcare 25th.

Yet, as media companies downsize the number of staff writers, journalists are now being required to deliver more.

The report discovered a 78 per cent overall increase in the average number of articles per author in the year analysed. But despite this high article yield, the report acknowledged: “This also illustrates how the greater ease of publishing across newer digital channels is resulting in more content being generated overall.”

However, the increased pressure on journalists is also resulting in more “snackable” content, with the overall length of articles dropping from an average 2,324 characters per article to 1,967.

The belt-tightening within the traditional media and the rise of social media has led to the rise of the blogger and influencer as viable content producers with considerable clout.

In fact, the report found that authors today are building their own independent brands, separate from the publications they contribute to, organically developing their own loyal audiences.

The report found many are even rivalling Tier 1 media outlets in scale, yet less than two per cent of authors were found to command the highest level of influence.

It states: “Today, an author only needs an influence score of 70 per cent or higher to be in the top 2 per cent of influencers.”

So what do these changes mean for PR & Media relations?

Getting a reporter’s attention has never been easy. And according to the US Census, that is only getting harder. The number of professional journalists is dropping but the ratio of PRs to journalists is at an all-time high with more than six PRs for every journalist.

But what does this mean for media relations in reality?

Here are my Top Tips:

Make media relations an integral part of your PR strategy

Media relations is just one small part of PR. But it is also the bit that can often confuse clients: do they need PR or media relations?

It is easy for us to assume that a client knows all about media relations. It is just as easy for a client to think it is irrelevant to them. After all, there is security in putting out content on “owned” channels of social media and blogs. This is useful, of course. But it lacks the independent “endorsement” given by well-placed media coverage. This is “free” exposure – and it is worth more in brand reputation and audience reach – usually overnight – than can usually be achieved through traditional advertising or marketing alone.

The power of earned coverage “endorsed” in the media cannot – and should not – be underestimated. And let’s be honest, there is nothing like the thrill of seeing your company, product/ or people splashed across the media. For PRs, achieving extensive coverage for a client is guaranteed to trigger whoops of joy. It just is.

So, no. Media relations isn’t dead. In fact, here at The Difference Collective, we have achieved fantastic coverage for a number of our clients. So, we know media relations is in fact in rude health.

But that is because we have anticipated the changes and have adapted with them to ensure we are at the top of our media relations game and providing excellence to our clients looking to broaden their exposure.

Yes, the scope of media relations has changed. Yes, the media is no longer the same beast it once was. But as we have seen from the Onclusive report, it is surviving and thriving, just in a different way now.

Every company, particularly in healthcare, has a great story to tell. So, make media relations a must-have part of your plan to get it told.

Jo Willey has been a journalist for almost 20 years, working across a range of national newspapers from the Daily Mail to The Sun. She is now a highly sought after communications specialist offering media strategy and content development expertise as well as media training both for in-house teams and spokespeople and is an expert facilitator for advisory boards and meetings. She also still works as a freelance journalist writing for titles including the Daily Mail, Mail on Sunday, The Times and The Sun.

Jo is one of our Collective Members. 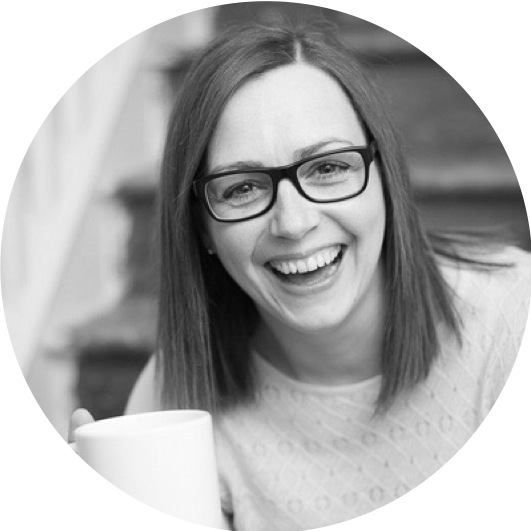 Want to hear more? A Different View is our monthly newsletter – a quick hit of hot topics, tips, wisdom, learning, events and profiles from our members. You can sign up here.

Or say hello to us on social media…